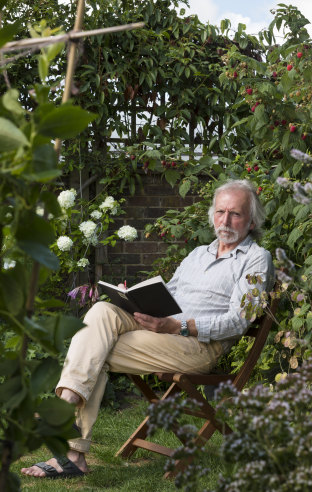 The Garden on the Wall

Review of the Garden Journeys exhibition at the Bohun Gallery, Henley

"In October 2016, Great Dixter hosted an exhibition of works by Louis Turpin, painter of gardens and landscapes."

"This painting of Cleveland Square, W2, was included in this year's Royal Academy Summer Exhibition."

Louis describes to Vivien Donald how underpainting is used to enhance the vibrant colours in his paintings, sometimes with a glint of gold leaf.

"He has long been established as one of Britain's leading horticultural artists.

Working in oils, he starts with a brightly coloured semi-abstract ground over which he builds the image in patches. This creates a tapestry-like effect, which suits the Victorian-gothic character of many of the gardens he paints, where rather than standing back to view a grand design, the viewer is overwhelmed by a barrage of subtly differentiated colours and textures. And it's clear he sees the gardeners who create them as kindred spirits, who are in effect painting with plants."

A passion for gardens

"Leading horticultural artist Louis Turpin is showing a selection of garden paintings in his latest exhibition at the Bohun Gallery in Henley-on-Thames, Oxfordshire."

"Louis Turpin is a leading horticultural painter who captures in vivid colour the glorious fireworks of gardens such as Great Dixter in East Sussex, the new allotments at Sissinghurst, and also Burton Agnes and Newby Hall."

A Passion for Gardens, Bohun Gallery 2013

"Louis Turpin, with his broad brush strokes, vivid use of colour that captures the spirit of Dixter, and the depth in his paintings, brings floral tapestries alive on the canvas. His visual awareness captures the essential sense of place, bringing the spirit to life with paint.

His observations are acute, and his love for flowers, the countryside beyond, strong shapes and flowing communities of colour, are transferred onto his working medium dripping with seasons and a celebration of floral opulence."

"What is noticeable is the precise (but not over-literal) acuity with which Turpin delineates each plant and tree species. He says 'there is a tight linearity in the painting, which is quite detailed but also made up of areas of vibrant colours'. He is not aiming for meticulous realism, however, but rather an evocative impressionism so that 'if you know your plants, you would be able to identify them all here'."

"The man who creates the most beautiful gardens in Britain does it not with a fork and spade, but with a brush and paint." 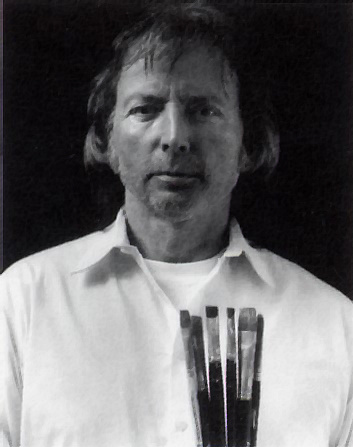 Born in post-war London, the eldest son of artists living in Brixton.

Turpin trained in Fine Art Painting at Falmouth School of Art and has worked full-time as a painter since 1985 and exhibited widely. He has had many solo shows in London, Bath, Henley, Oxford, York, Rye, Greeenwich Connecticut and Paris. He has also exhibited at the National Portrait Gallery, The Royal Academy, The Royal Society of Portrait Painters and international art fairs.

Turpin's paintings deal with colour and form, bold gestural areas of colour jostle with each other held together by fine confident lines. The subjects are observed and translated into Turpin's distinctive works. These range from landscape through gardens and ponds to sheep and snowscapes. He has also explored the human figure in its environment, a reference back to his film making days, and paints a number of portrait commissions each year. Since 2008, Louis has also been producing a series of works on paper with ink and brush.